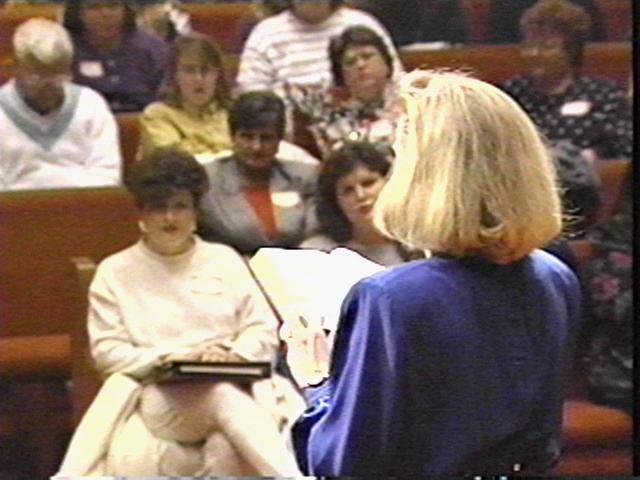 This was an actual announcement on a church website found on the Internet in late 2002. It was said to be a pastorally authored statement on why the church was withdrawing from participation with the Weigh Down Workshop. We've changed the name of the church but are reposting their announcement to provide an example of why the "mere Christianity" of Weigh Down and Remnant Fellowship has been soundly discerned by the Christian Church as being found sorely wanting: we recommend that those who care about their Christian faith and want to hitch it to the Weigh Down bandwagon in an effort to lose weight consider this concise and uncompromising stand that one church against the wiles of Remnant Fellowship's deceptive recruitment practices:

In January, First Church offered Weigh Down Advanced to those who had completed the initial diet program and desired to continue losing weight or keeping it off; however, group members expressed growing concerns over the course’s philosophical content, and they decided not to use the videos. Recently, several members attended a Weigh Down seminar led by Gwen Shamblin, founder and leader of Weigh Down, which confirmed that the diet program has become a platform for recruiting people into Remnant Fellowship, a religious group accused of professing non-christian beliefs and encouraging people to leave their home churches and even families if necessary to join this supposed "true church."

Therefore, both Weigh Down Workshop and Weigh Down Advanced programs have been discontinued by First Church. The reasons for this decision follow.

Return To The Spiritwatch Home Page